With so many things to be thankful for, Thanksgiving 2013 was one for the history books.

A few of the things that topped our list:

1. We say it everyday, we're beyond grateful for this little turkey 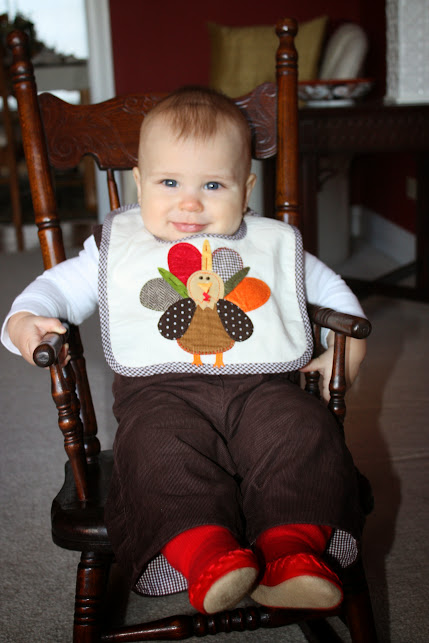 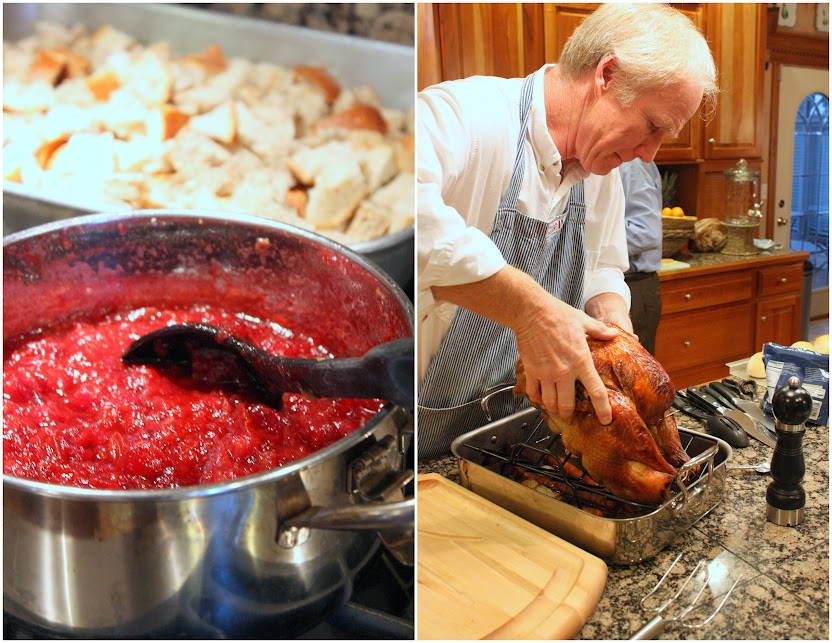 3.  Family gathering from near and far 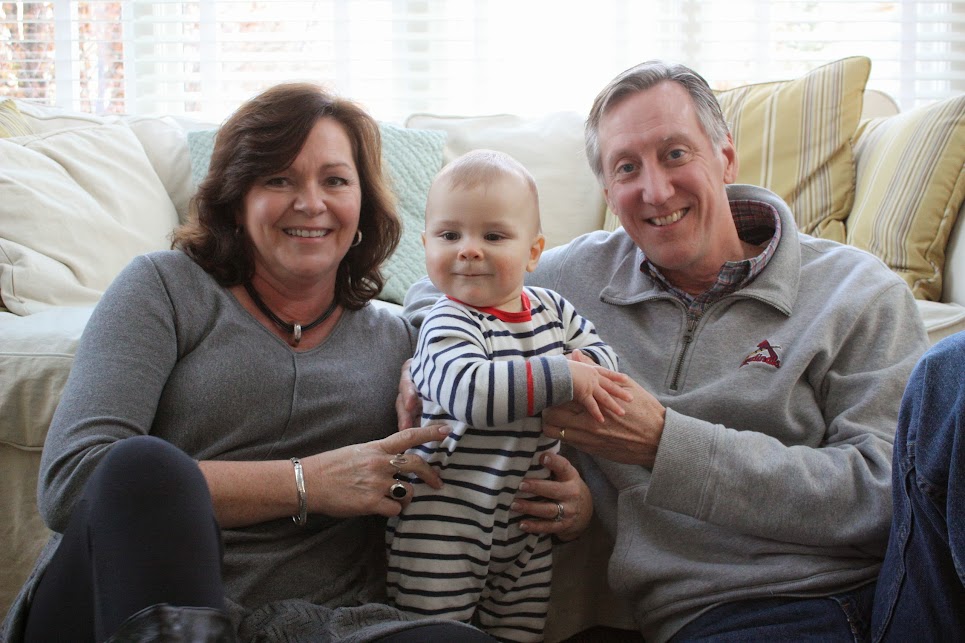 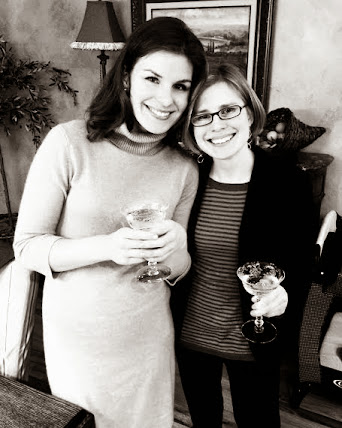 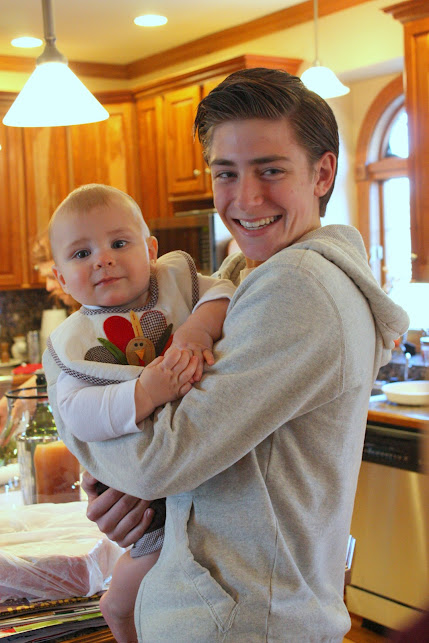 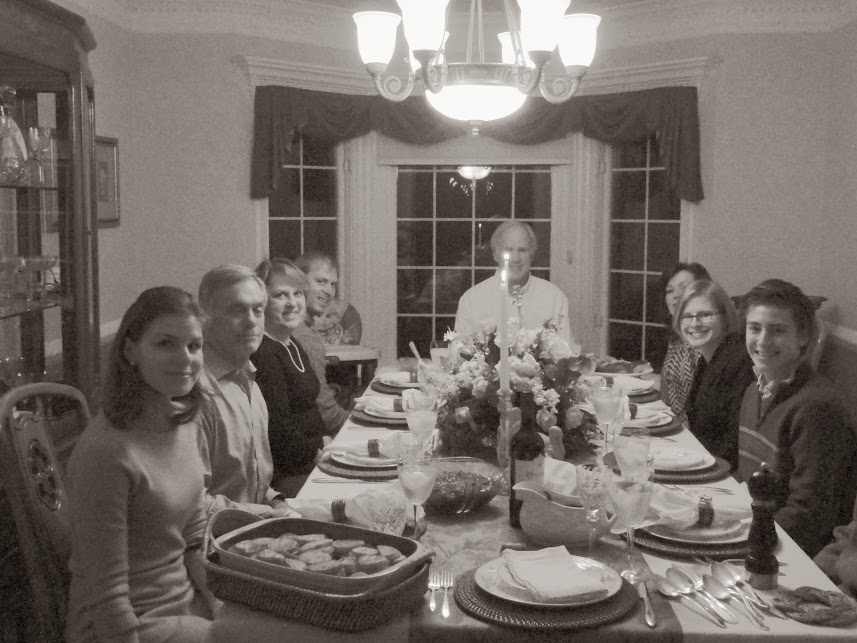 4. A beautiful, festive table.  My Mom outdid herself this year 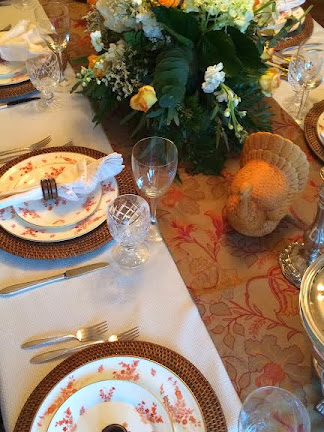 5.  The blessing to watch this little boy grow.  His version the "turkey trot"had us in stitches 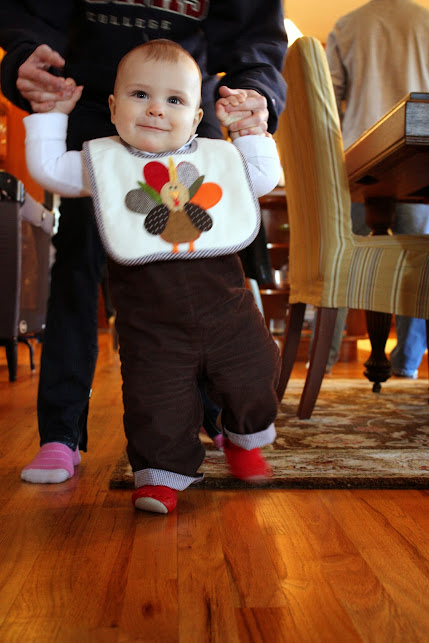 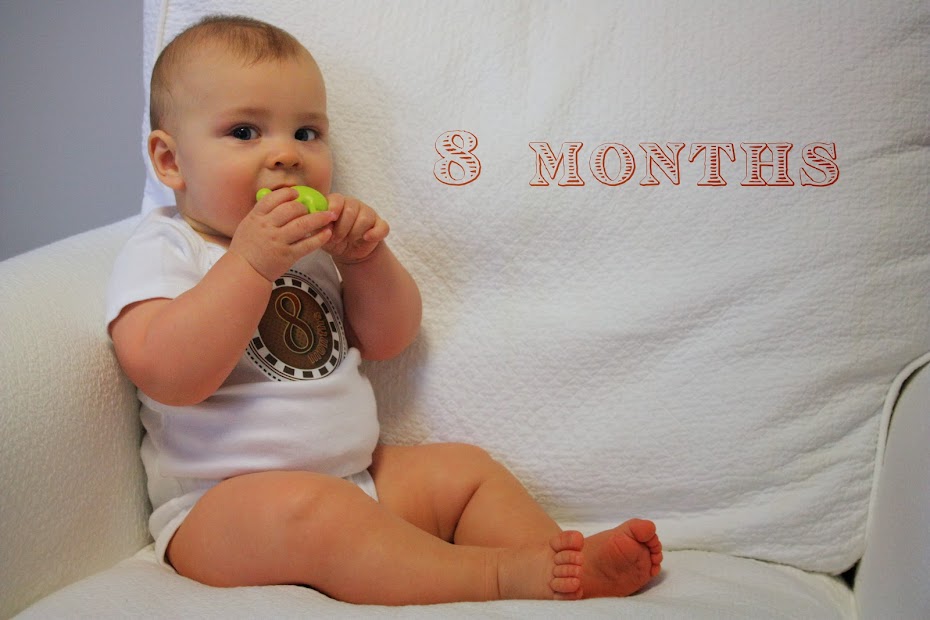 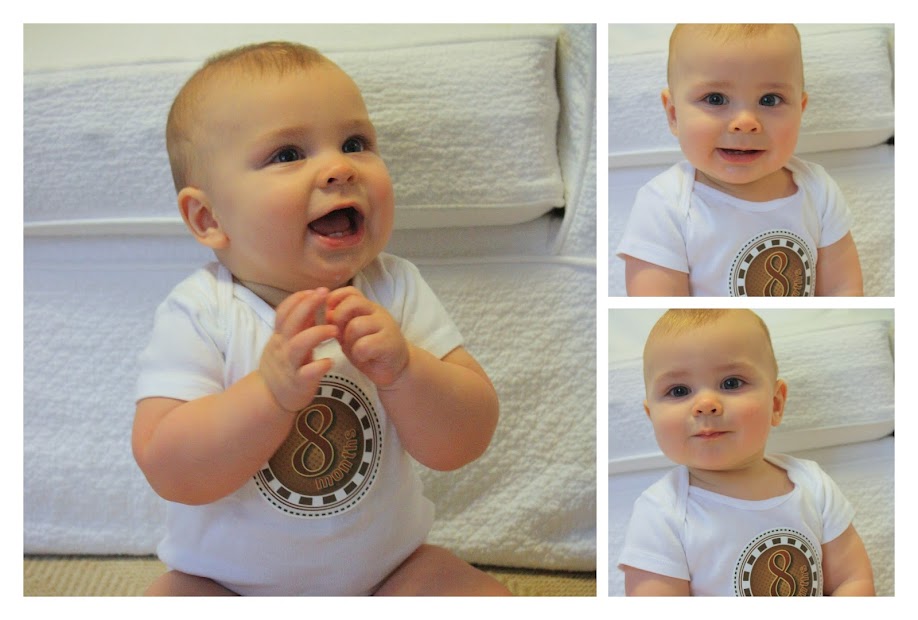 Sleep:  We'll blame it on daylight savings, but this month James Robert decided that he was a VERY early morning person.  We're begging him to sleep in! 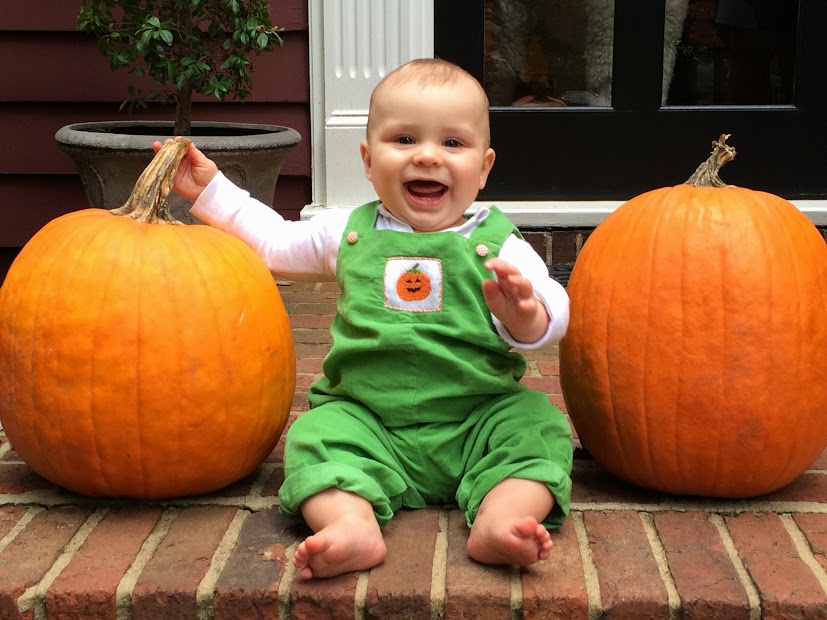 Social: We took trips to visit new friends at Bear Lake and Gram and Grandpa visited Charlotte- it has been a fun month for social activities. James Robert also looks forward to play dates with his besties Jack and Julia. 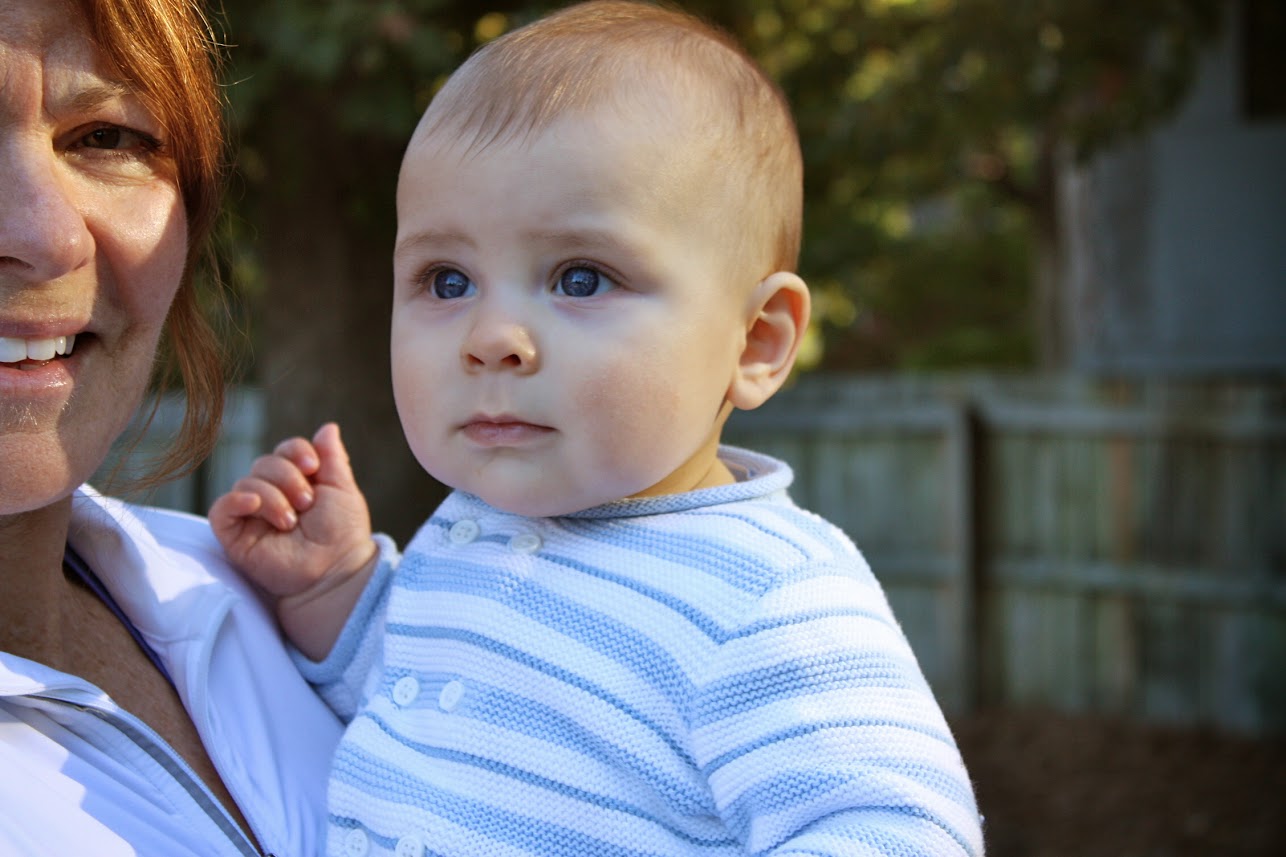 Diet:  It's so fun to watch his palate develop.  While he is picky about anything green, the kid hasn't met a fruit he doesn't love.  Prunes, corn and sweet potato and yogurt are his current favorites. 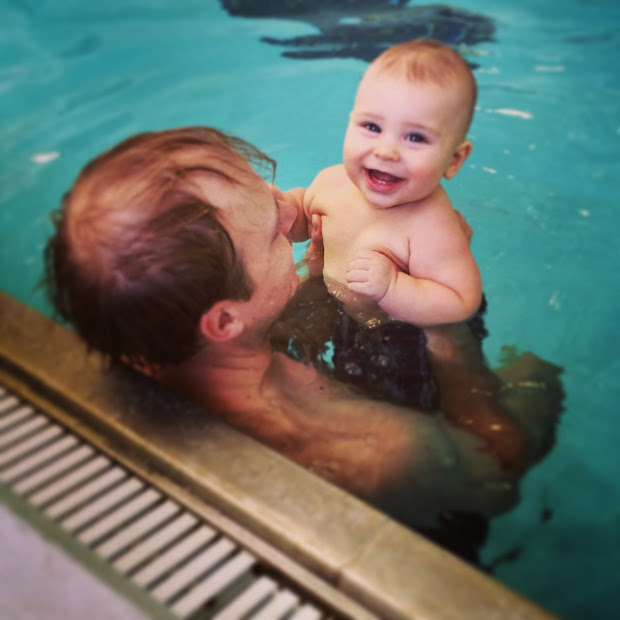 Clothes:  Still in size 4 diapers and mostly 9-12 month items.  The 12-18 month onsies are fitting best these days.  Pants are still tricky, but we found some elastic waste jeans (aka maternity baby jeans) that fit perfectly! 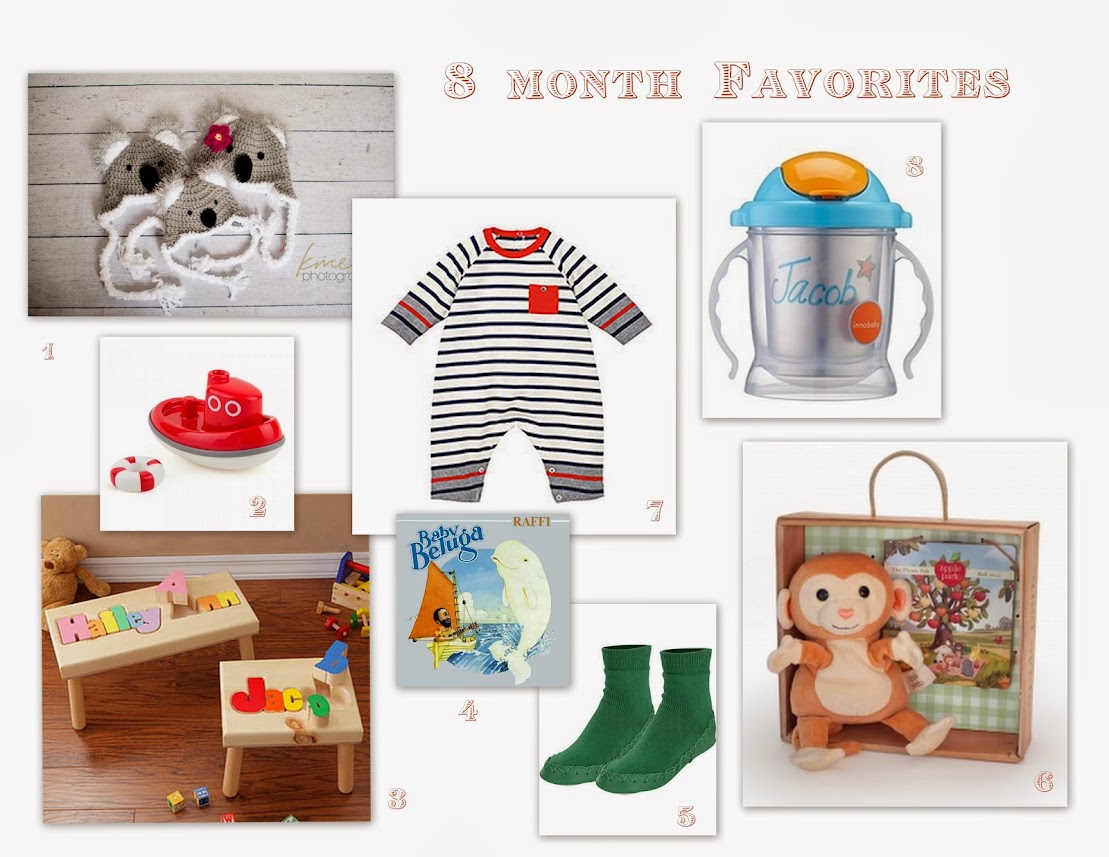 1)  We have loved the knitted, cozy koala hat from Knight Owl's Etsy shop
2)  This little tug boat makes the trip from bath time to our swim lessons each week
3)  James Robert was gifted a bench with his name on it and he endlessly plays with the letters--stacking, banging and slobbering his way through playtime.  This will be a keepsake toy that we know will grow with him.
4) Baby Beluga has been the song for James Robert. Since he was little it has helped calm him like none other.  Now I plug in the Raffi pandora station and we have so much fun.
5) We struggle to keep socks on, but these swedish moccasins seem to have a bit more staying power for the colder temps
6) The Apple Park book and monkey puppet are one of James Robert's current favorites.  The website is adorable too with lots of eco-friendly and organic living tips
7) Le Petite Bateau has the most perfect coverall; ours was a gift from Gram and Grandpa's Paris trip so it's extra special
8) After many attempts, we landed on the InnoBaby Sippy cup which is both our favorite and James Roberts.  I love that it is stainless steel and can convert to a cup for when he is a bit older.  The straw allows him to get every last drop without having to lean back too. For Charlotte locals, we got ours at the baby grocery store which is fantastic!

Likes: "Walking" while holding our hands, dancing in your exersaucer, taking walks, chewing on anything you can get your hands on, laughing at Major and eating new foods

Milestones: After practicing with Gram, James Robert began to army crawl and much to Major's chagrin he chases after him.
Posted by Megan at 8:37 PM No comments: 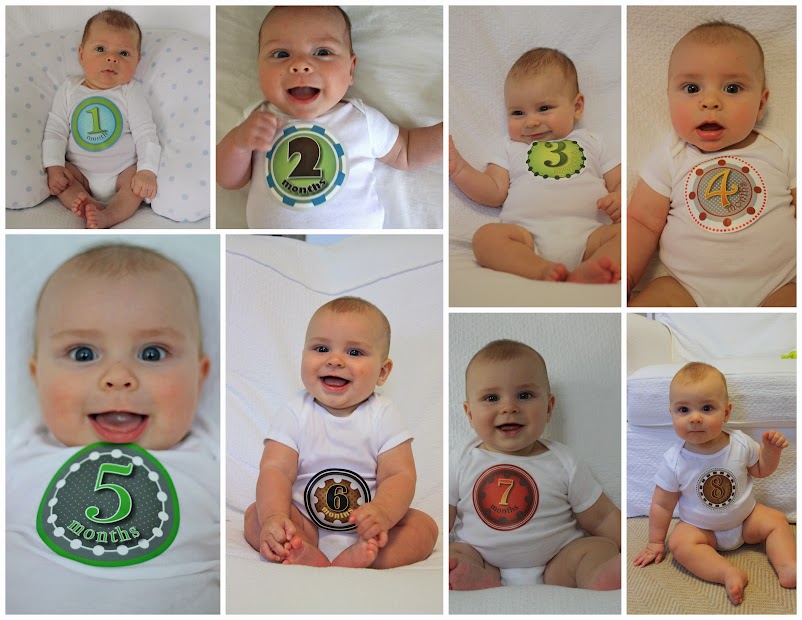 Our neighborhood hosted a wonderful Halloween party this year complete with a food truck and games for the kids.  Although James Robert went to bed before the trick or treating even began, it was a memorable evening for our little koala. 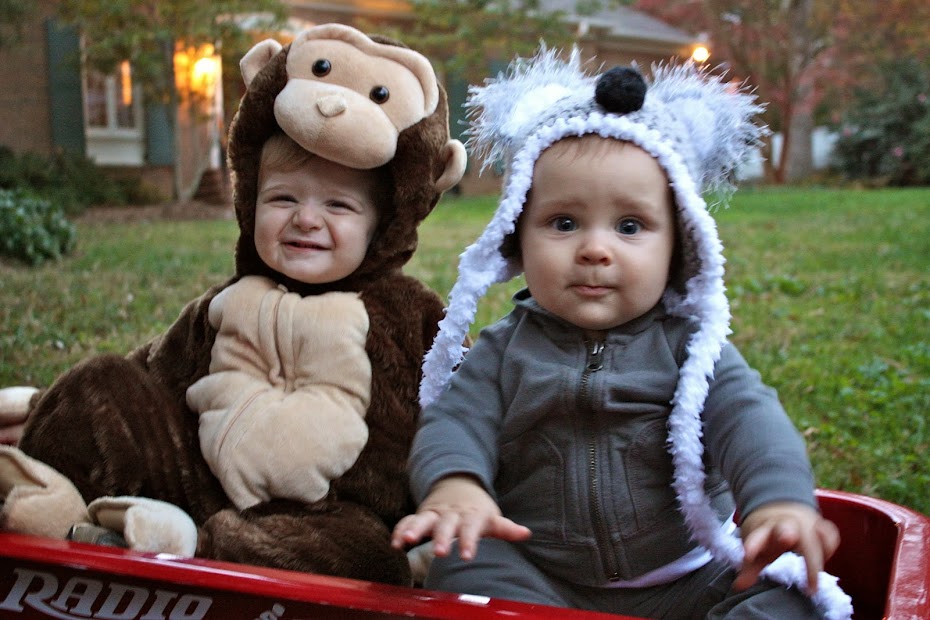 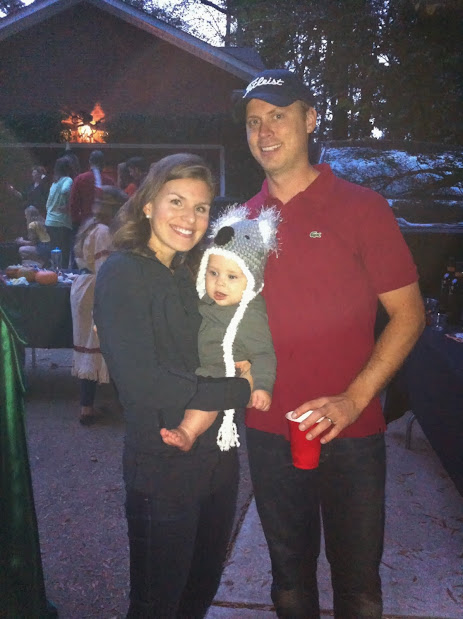 October was a busy month with a few business trips for Mat and my first overnight trip away from home since James Robert was born.  Thankfully, we had Gram and Grandpa Gerber visit! 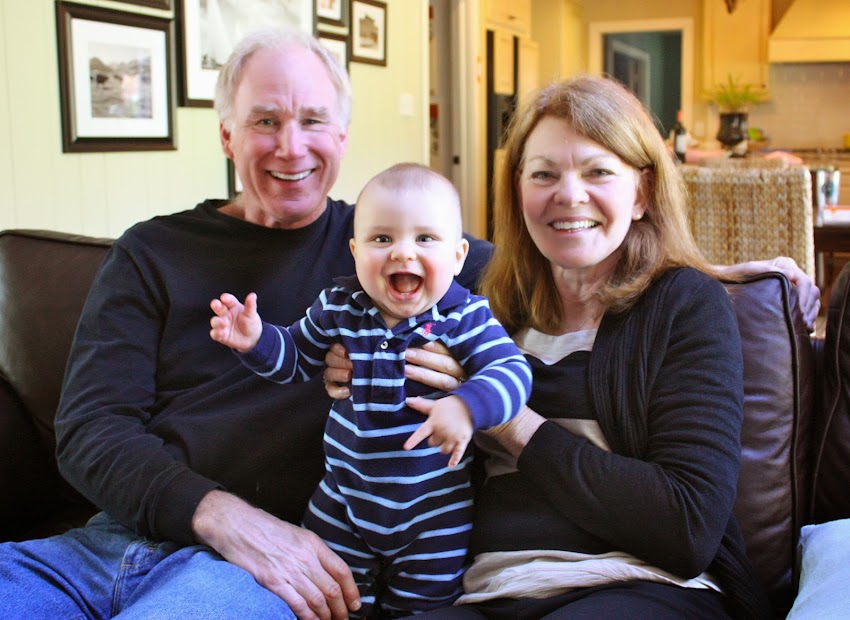 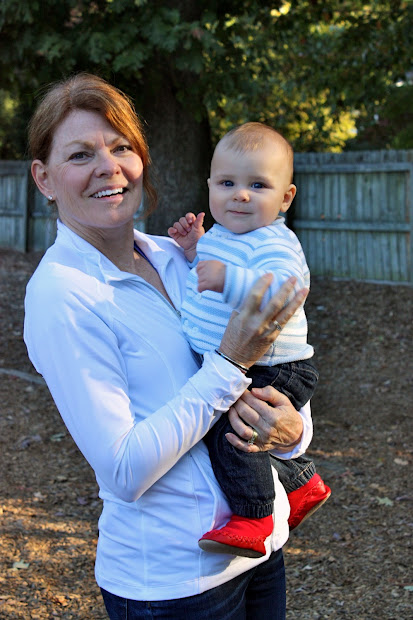 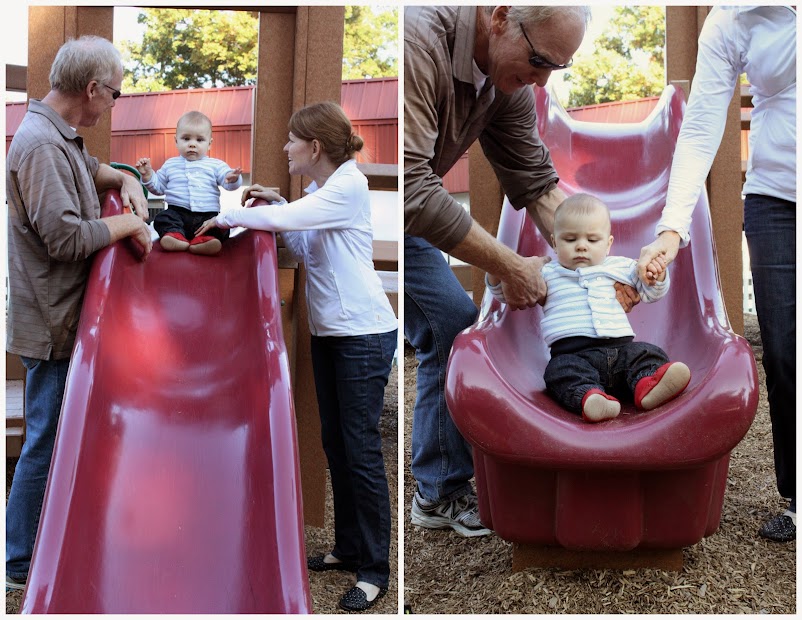 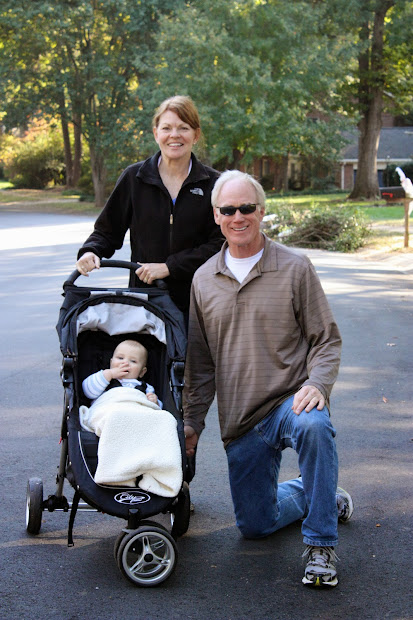